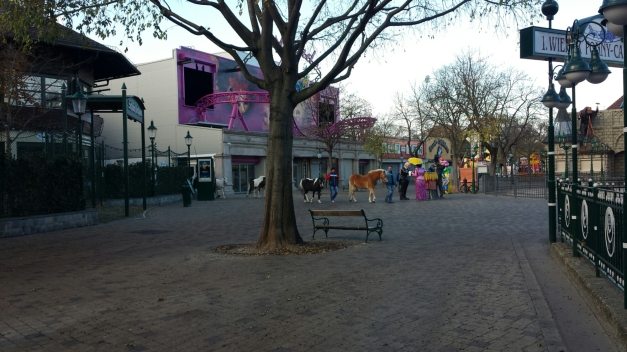 If you walk through Prater in the morning, you get a whole other perspective on it. I caught this scene one morning walking to Uni. The ponies were going to the carousel, where they  go around all day.

You also notice new things in the daylight when the park is empty. I don’t think I have ever noticed this dragon before…

I think Prater is one of my favourite places to hang out in Vienna. It may be a bit tacky and the music pumping out from all the rides is about as great as the smurf CDs you had when you were a kid….. But you loved that CD. Just admit it.  😉

Yesterday we went exploring in the 10th district, and our destination was Böhmische Prater. I had been there once about four years ago, and wanted to check it out more properly this time. With my camera! I know it’s not often I drag it out with me, as it’s quite heavy, but this time I wanted to do things ‘properly.’ Bohemian Prater is located on the edge of the Laaer Wald, which is a popular leisure destination for many Viennese.

According to Wikipedia, it dates to the second half of the 19th century, and some of the rides are more than 100 years old. The name is derived from the larger Wiener (Viennese) Prater. 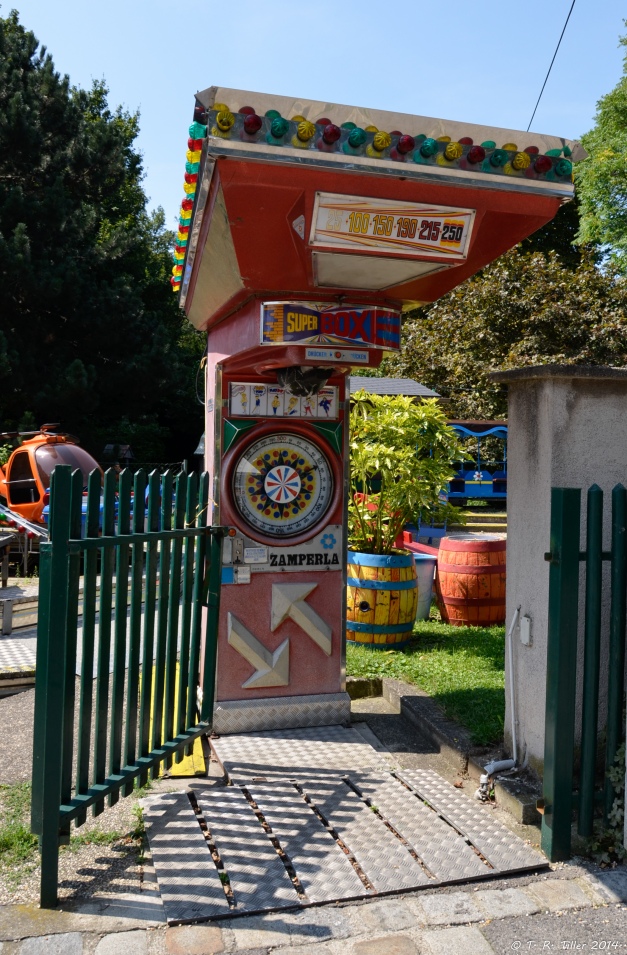 Because it’s so far away from … everything, it’s very free of tourists. It’s a long shot away from being as large and impressive as the larger Prater where they have the wiener riesenrad, but it still looks like a very cool place to come when you’re a kid. 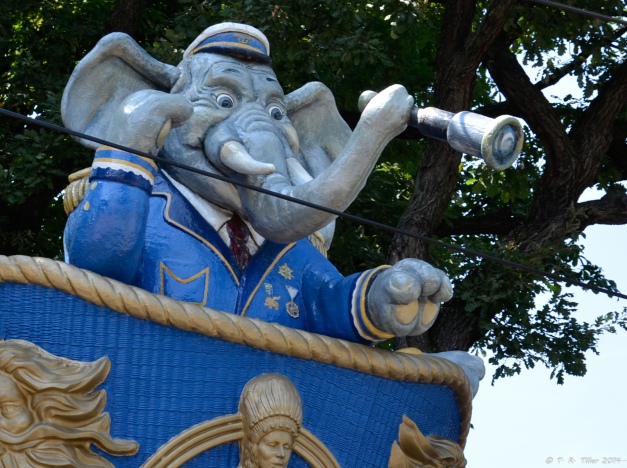 A lot of the rides look quite simple, and because we were there quite early they mostly only had one kid on them or were waiting for someone to show interest. 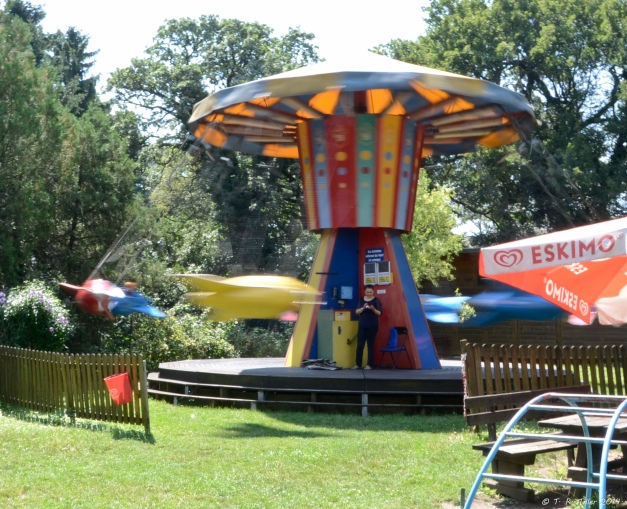 This kid looked like he was having a great time though. Unline the operator texting and looking a bit bored :P.
They also had a mechanic bull there, which I thought was funny as it’s not like Vienna or Austria has any affiliation to bull riding, or cowboys, other than what’s on TV. 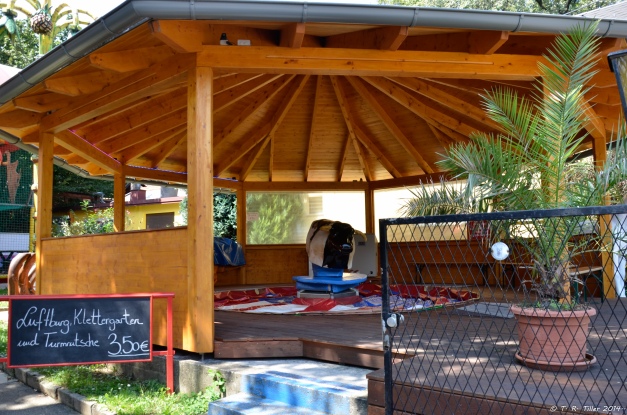 That doesn’t stop me from thinking this could potentially be a prime activity for a hen party, or just for a party in general.
Böhmishe Prater also has a riesenrad, dating back to 1988:

Wilfert’s Riesenrad. according to Wikipedia again, it is a 21.5-metre (71 ft) tall cantilever design with 14 passenger cars, and is operated by Reinhardt. I suppose that’s him there, waiting for customers.
In the end we also found something really nice.

A heurigen. After the long walk I felt quite spent, and having a radler there really picked me up even though my legs had had enough for sure. We also decided that we’d have a Stelze for lunch. And it was SOOOOOOOO yum! 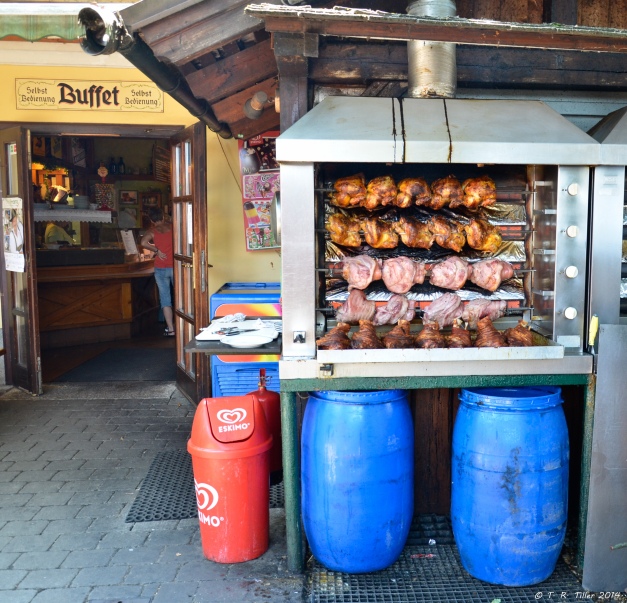 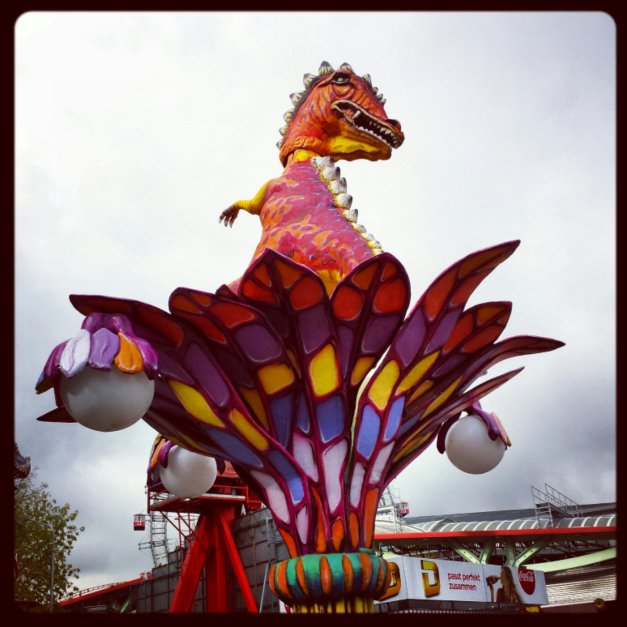 Riesenrad on a grey day 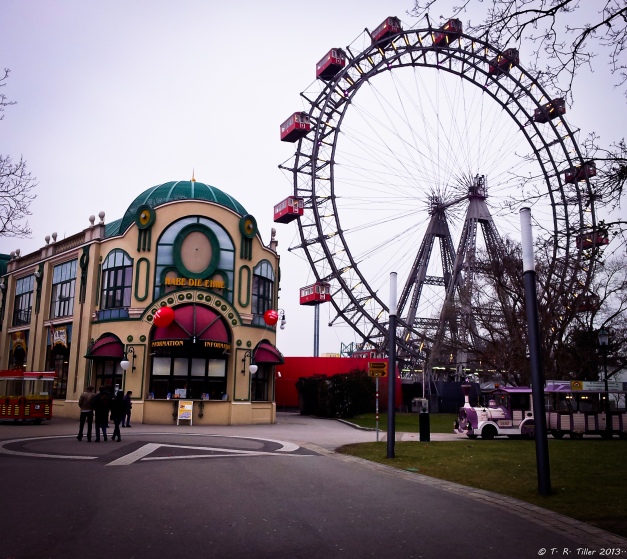 Not quite a picture perfect day, but I’ve been out testing my new racing bike, and decided to swing by the riesenrad. Some info from Wikipedia (my trusty web source):

The Wiener Riesenrad (German for “Viennese giant wheel”), or Riesenrad, is a 64.75-metre (212 ft) tall Ferris wheel at the entrance of the Prater amusement park in Leopoldstadt, the 2nd district of Austria’s capital Vienna. It is now one of Vienna’s most popular tourist attractions, and symbolises the district as well as the city for many people.

It was built and erected in 1897 by the English engineer Lieutenant Walter Bassett Bassett (1864-1907), Royal Navy, son of Charles Bassett (1834-1908), MP, of Watermouth Castle, Devon. Its purpose was to celebrate the Golden Jubilee of Emperor Franz Josef I. The Riesenrad was one of the earliest Ferris wheels ever built. Walter Bassett’s ferris wheel manufacturing business was not a commercial success, and he died in 1907 almost bankrupt.
A permit for its demolition was issued in 1916, but due to a lack of funds with which to carry out the destruction, it survived.
It originally had 30 gondolas, but was severely damaged in World War II and when subsequently rebuilt only 15 gondolas were replaced.
The wheel is driven by a circumferential cable which leaves the wheel and passes through the drive mechanism under the base, and its spokes are steel cables, in tension.