… Are happy to see the sun. Sometimes we are right on the same page as the animals.

I know this feeling. 🙂

This dig seemed like he had had a lot of practice posing! Seen in a display window in Vollzeile.

A day at the Museum of Natural History

What do you do when it’s a national holiday and everything is closed? You go to a museum. Today I really felt like going to see some rocks and fossils and animals, so I ended up here.

The buildings themselves are just amazing. This is the dome in the middle. 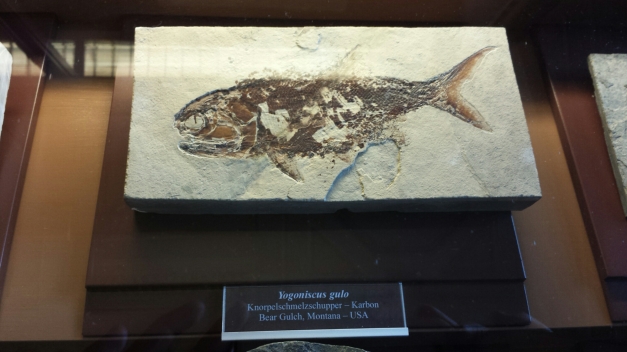 A fish with the best ever name

And bugs… I love beetles. I spent a long time staring at the beetle collection. 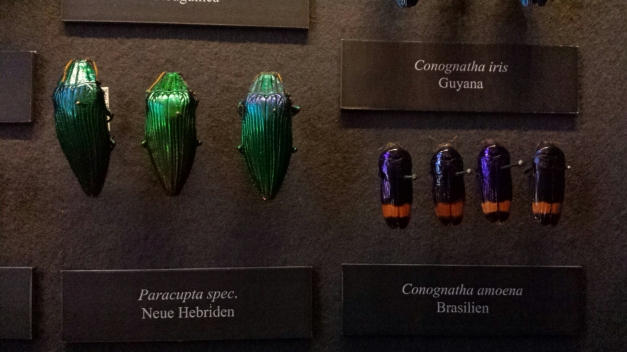 I got myself an annual pass, so that I can come back to explore more. It only cost 27 Euro. Really good value!

I made a visit to the museum of natural history last weekend, and they have this exhibition on that shows how animals around the globe are threatened by extinction. It was really nice… Seeing as they have a lot of stuffed animals there (as you do..) it was cool to see them used in such a way, to educate and tell a story, rather than to just document how they look. Worth a visit! You might want to go see a funny movie after that though..

Hirschkäfer! The biggest and baddest of them all 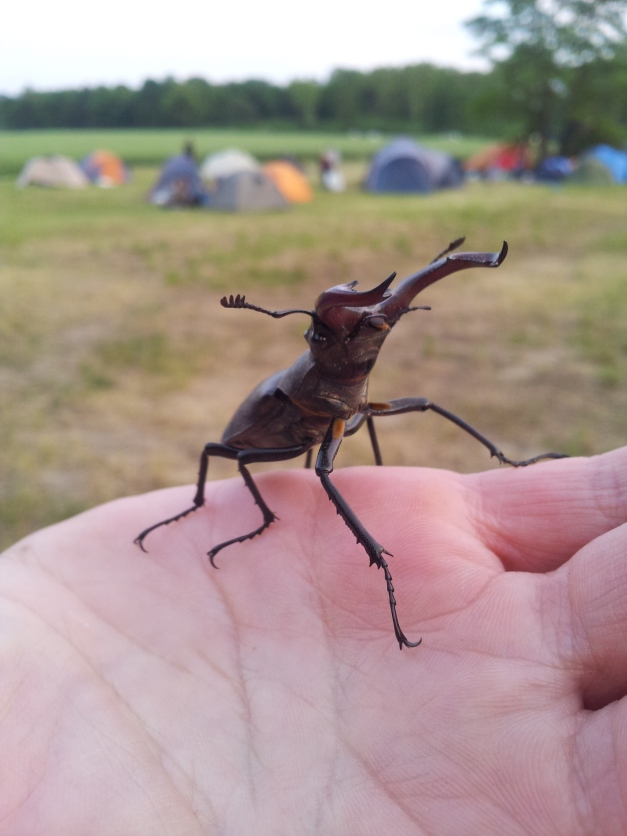 Alright Lois, here is another one! I wanted to post this one but I remembered the situation differently than the photo actually looked… it’s not that much green in it. ANYWAY! This bad boy is called Hirschkäfer (deer beetle) and looks a lot nastier than it actually is. It’s big, true. But those massive antlers are just that: Antlers. They are for show, and of course also for battles with other Hirschkäfer (beetles). So they can’t bite you with them… I like them a lot, but don’t often see them around. What a Beauty!! (in memory of Steve Irwin).

Doggie notice board in the forest

Walking through the dog zone, I found this notice board in the middle of the forest. Faar away from traffic and other logical things… like roads… 😀 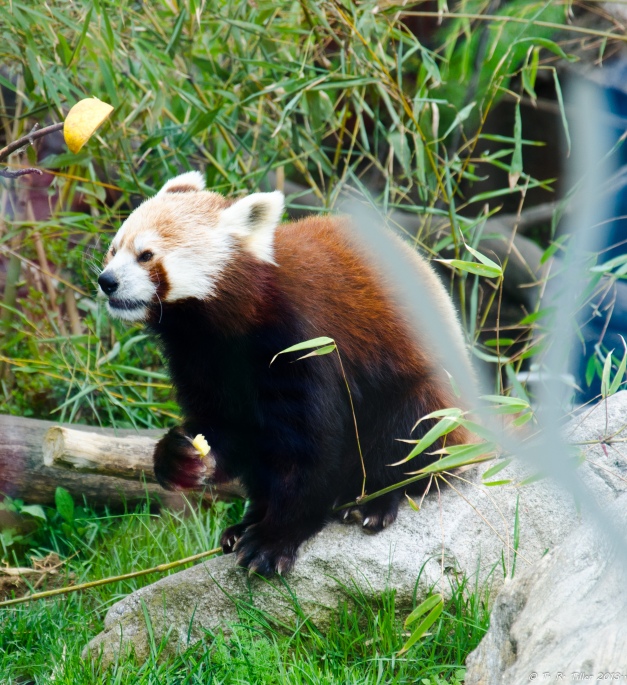 I have an annual pass at the Schönbrunn Zoo (costs 39 Euro) and today I wanted to see if I could find the new red panda enclosure. Last time I went, I couldn’t find it because of the building works that they are doing to expand the polarbear exhibition. And this time, I found it! Wuhuu! Who can have a bad day when they can go visit these little furry creatures of cuteness? 🙂 They have now been moved to be next to the large black and white pandas. totally makes more sense. 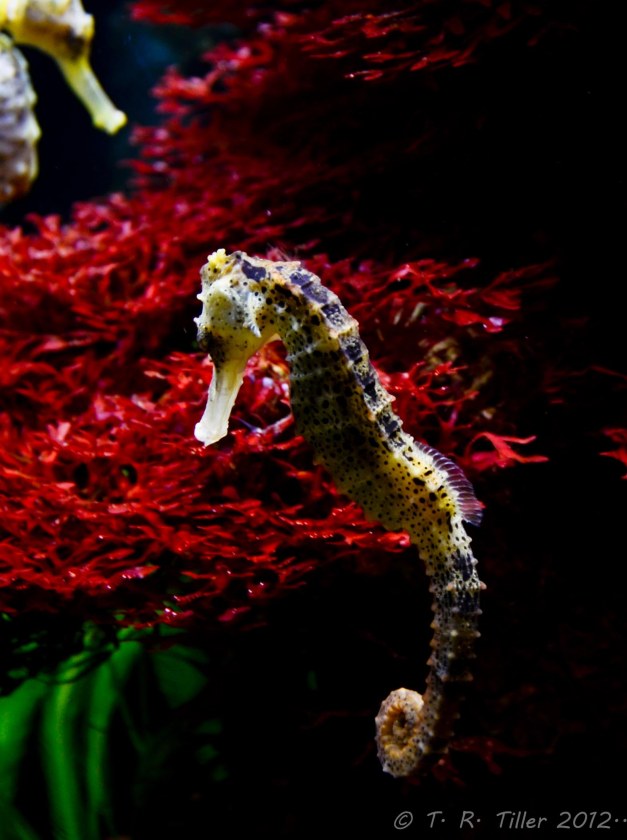 Because I am VERY busy studying today I am posting a photo from Haus des Meeres, which is close to Mariahilfer Strasse. The aquarium itself is located in an anti-aircraft tower which was put up to protect the city, and after WW2 it was considered too hard to get rid of. That’s the same with the other anti-aircraft towers around the city. But they have used it well! On the rooftop there is a superb view of the city, and there are also turtles around the place when it’s warm enough. Inside there are many tanks with various creatures, including normal sea creatures (like this seahorse) and also crocodiles, monkeys, various birds, turtles… It’s a really cool place. I had an annual pass for a little while, and liked visiting to get away from the stress. Sea creatures are really good for that.. gliding along…

Welcome to The Hair Style! 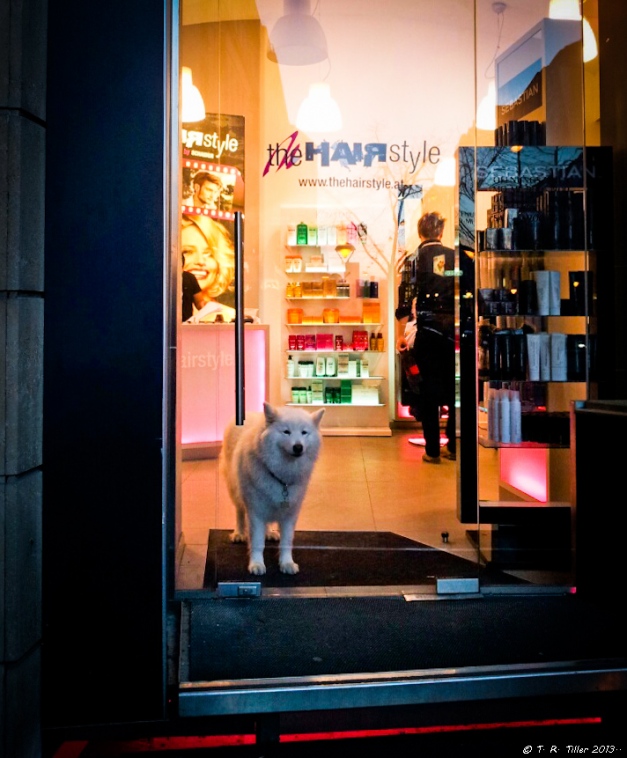 I WILL continue to post about dogs! I’m not sure how many other capitals in Europe where you’d get greeted by a cute dog when going to your hairdresser’s, but Vienna is definitely that city. 🙂

In front of Stefansdom and around the historic city, you can (hypothetically at least) go for a ride in a horse and carriage. I have honestly never seen anyone but tourists do it, and it’s not exactly super cheap either. It’s about 55 Euro for a 20 minutes, and up from there. Still. The horses and carriages do create some of the atmosphere of the city. And bouqet… 😛

Squirrels at the castle

At Schönbrunn castle, there are quite large grounds, and these grounds are pretty popular with squirrels. For years and years people have come here to feed them, so by now they’re actually pretty domesticated. Like this little fella, who was lucky enough to be treated to a feast by a squirrel-loving citizen. During winter I also like to go and feed the squirrels, seeing as they don’t have much natural food to rely on (other than what they have managed to hide away during summer…)

After he had hid the peanuts that he got from the nice lady, he also came over to me to check out my camera. Or rather, to see if maybe I had a treat for him as well. Not this time though little squirrelman! But I’ll be back.

I think I’ve already described the Viennese people’s love for their dogs. They bring them everywhere. But, on the subway they have to wear a muzzle, and be on a leash. However. Last night as I was almost too tired to stand up, this peron walks into the subway with his dog, tells the creature (quite sizeable) to sit, and then sits down with his dog to fasten the muzzle. The dog is obedient and does what he’s told. Then there is this looooong while, where he just sits there with the dog, petting him and talking sweetly to him, while the dog is looking lovingly back at him. He is obviously oblivious to losing his pants (I believe this is a better angle for the picture than say, 2 o’clock from here). Often when I see people who are considered to be on the ‘outskirts’ of society interact with their dogs, I think to myself that they can’t be such bad people. If they can love and care for a creature that is dependent on them for food but cannot give anything but love in return, then they’re already doing a lot better than many rich people.